You are here: Home » STEP POKER

In general, a gaming machine allows a player to play a game in exchange of a single wager. Players bet a single wager and either pulls a lever or push a button to activate the machine.

A video slot machine is disclosed that provides a multi wagers, multi sub-sets of reels and multi payouts. A round starts when a wager is bet on each sub-set of a multi reel machine. There are R reels in the machine, divided into N subsets of reels, each subset has r(n) reels, n between 1 and R-1,r(1) + r(2)..+ r(N) = R.

This process continues till last N sub-sets of reels. If the condition is not met at any stage, wagers beyond this stage are credited back to the player, the machine resets and a new round starts. The invention provides a multi independent wagers, multi sub-spin and progressive multi payouts within a single activation of the machine.

THE CONCEPT OF THE NEW SLOT / VIDEO MACHINE

IF THE PRE-DETERMINED CONDITION IS NOT MET AT THE STAGE n-1, THEN ALL WAGERS PLACED FOR THE STAGE n AND HIGHER ARE CREDITED BACK TO THE PLAYER. 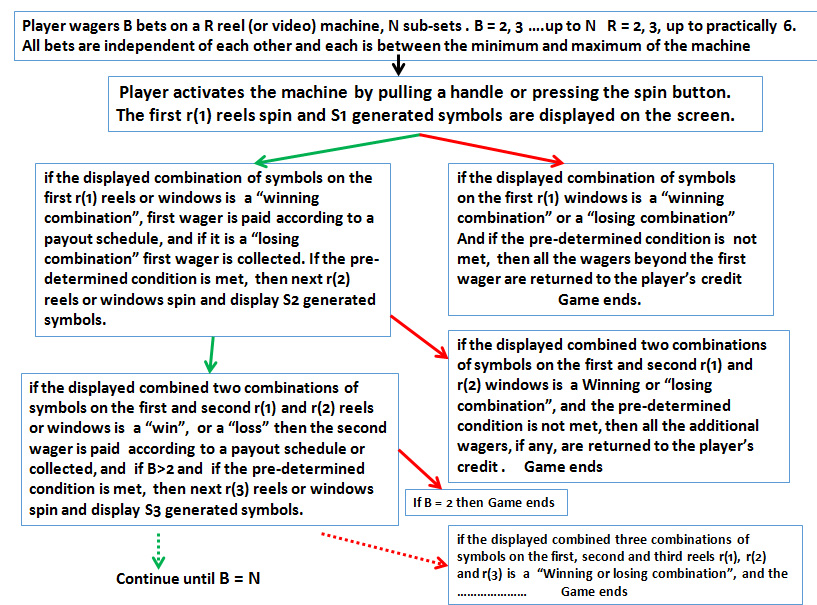 WHAT COULD BE THE PRE-DETERMINED CONDITION?

In each stage n, all the n cards must be used. 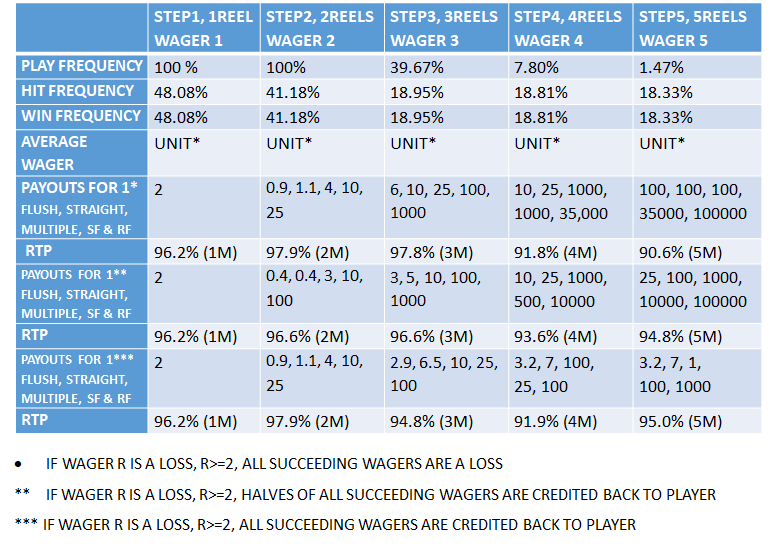